Hmmm, who’s that lurking in the undergrowth outside Arundel Castle? Paddy and Plunkett picked the perfect day to explore this mediaeval castle in West Sussex – just look at that sunshine! Let’s join them as they take a trip around this incredible place, which has been the home of the Dukes of Norfolk (and their predecessors) for nearly a thousand years!

Given the most un-British weather that day, it made sense for them to start in the rose garden… 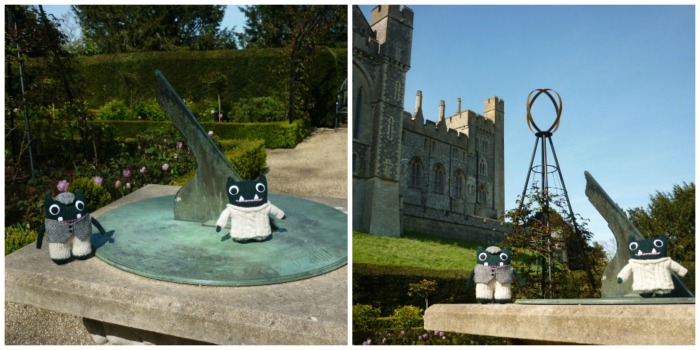 There were a only a few roses out, but the boys found a sundial to keep themselves entertained! That said, it wasn’t long before they were overcome with curiosity… Time to explore the castle! Let’s go! 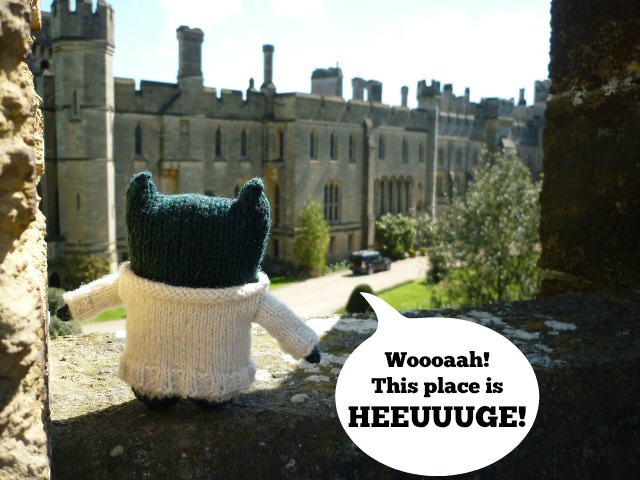 Arundel Castle is a bit of an architectural hodge-podge – the oldest parts were built in the late 11th century and subsequent generations left their mark on the building, both inside and out. In the late 16th-early 17th century, the 14th Earl of Arundel (nicknamed “the Collector Earl”) went on a bit of an interiors shopping spree, and many of his purchases can still be found in the castle today! Although the castle was damaged in the English Civil War, repairs were eventually carried out in the early and late 1700s, and a further round of restoration, completed in 1900, produced the remarkable building that stands today.

All this means that architecture buff Plunkett is in seventh heaven! However, Paddy maybe isn’t the most willing audience for his musings…

…Not when he can hang out with the man-at-arms and his cat, anyway!

At least it’s given Plunkett a chance to brush up on his Latin.

They also met a former castle resident in the private chapel – well, kind of.

But the bright sunshine soon lured the lads back outside. It would be a shame to miss the opportunity to see the gardens in all their glory! First stop was this formal garden, created as a memorial to the “Collector Earl”, which was full to bursting with beautiful tulips. Then they headed to the Stumpery – a novel concept garden where native woodland plants are encouraged to grow over the stumps of felled trees. This creates a really unusual and artistic display… and a great habitat for local wildlife! 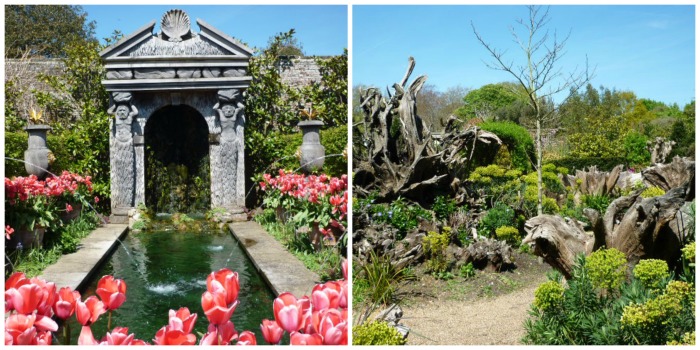 The boys also encountered a few curiosities on their travels… A whole family of scarecrows, and a rather unusual sign!

Paddy thought it might have been the first cryptic clue in a treasure hunt… He spent the rest of the day trying to figure out what it meant. Perhaps he’ll have something to show for his mental exertions next time we catch up with these two!

What have you all got planned for the weekend? For any yarn-lovin’ folks out there, don’t forget that tomorrow is World Wide Knit In Public Day – what better excuse to grab your needles and make a start on a fun new project?

32 thoughts on “Kings of the Castle!”