– Doctor.
– Doctor who?
– Exactly!
Aaah, they say the old jokes are the best… but perhaps that one might be the exception to the rule!

That said, the new Beastie I’d like to introduce to you today ties in quite well with the retelling of a corny old joke. The character he’s based on is known for his ability to regenerate and reappear as essentially the same person… albeit in a different body, with different personality traits. And even the tales of his adventures have made a comeback and evolved in recent years, creating a whole new army of fans!

Some of you might remember that I already made a Doctor Who Beastie, back in December 2015… But given the original Time Lord’s continuing popularity, I figured it was only a matter of time before I was asked to “regenerate” Doctor Who Beastie!

Of course, in keeping with the tradition of Doctor Who’s various distinct regenerations, and the fact that all Beasties are unique, there have been some subtle changes between this Beastie and his previous incarnation… 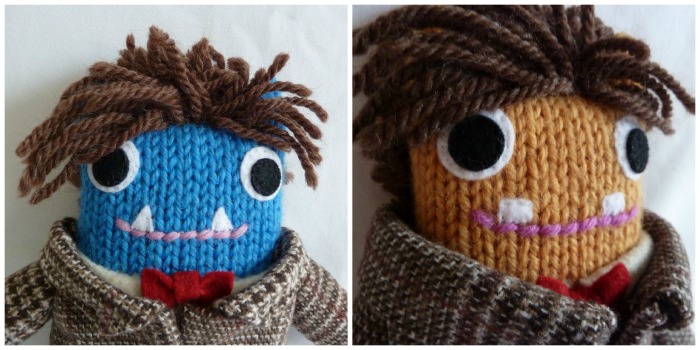 As you can see, his complexion has changed to a bright sunny yellow, and he’s clearly visiting a different dentist! But his tailor and hairdresser did such a good job last time around that he’s decided to stick with them… 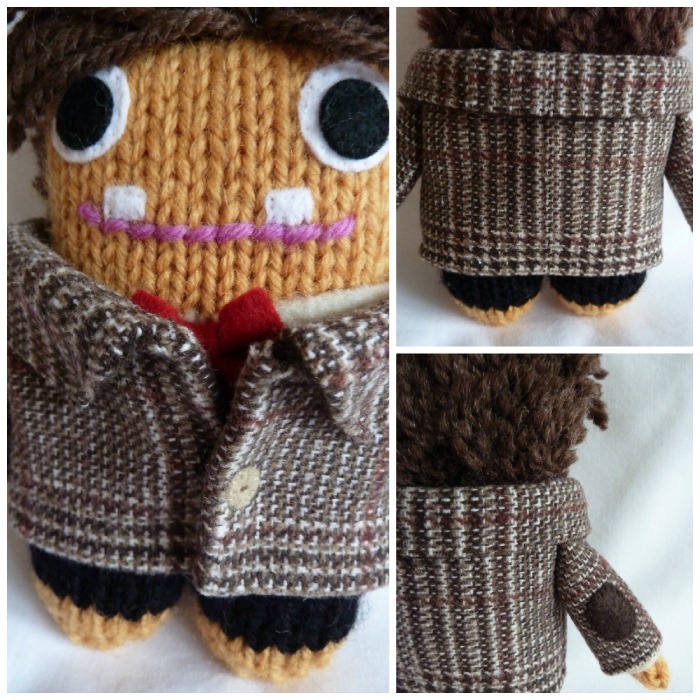 Finally, I kitted him out with a Beastie-sized Sonic Screwdriver – essential for getting a teeny Time Lord out of all sorts of intergalactic scrapes!

But surely you’re not going to walk to the furthest reaches of the galaxy, Doctor Who Beastie? 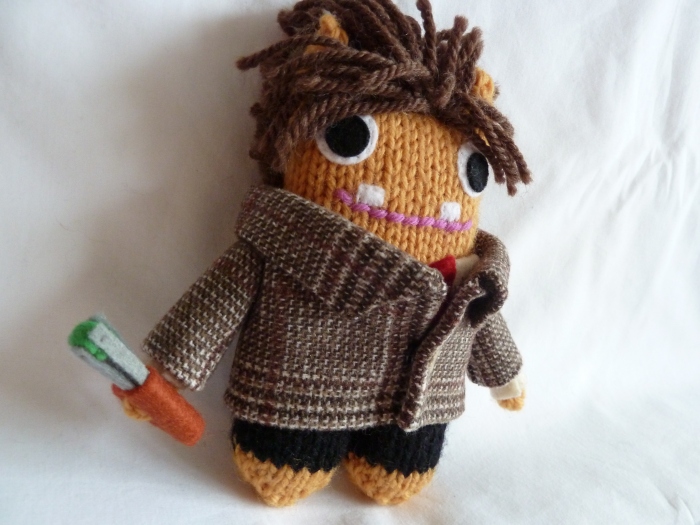 Aha! I thought not! A cosy felt TARDIS will work much better. 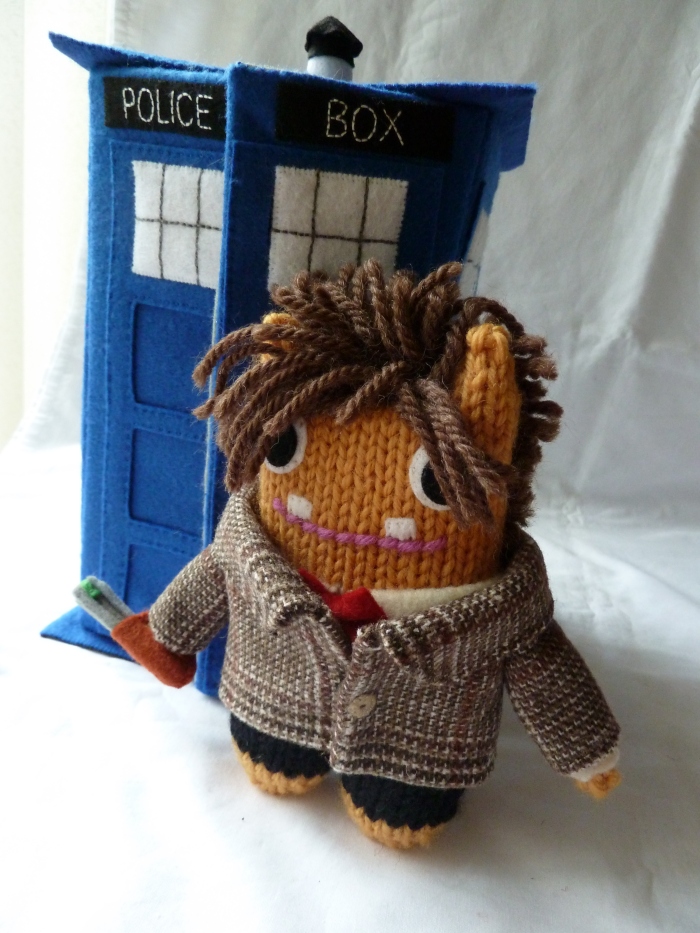 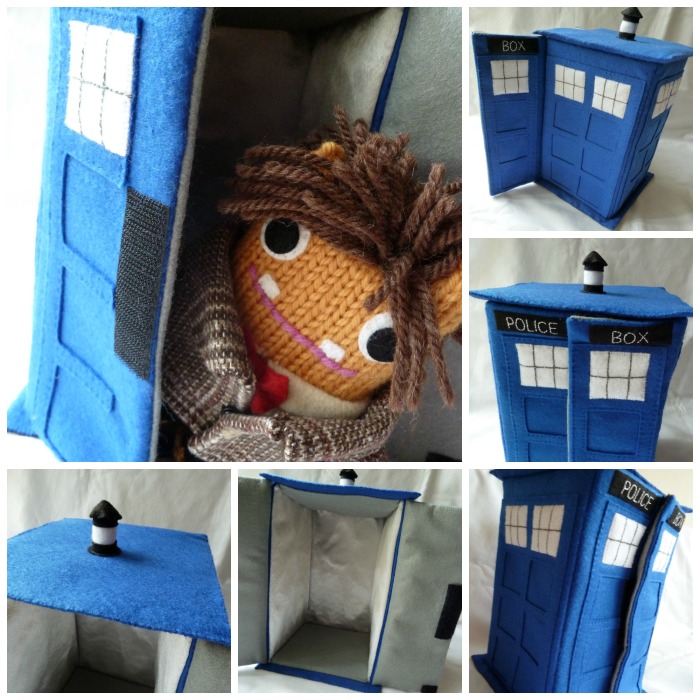 Well, almost… Even though I gave him strictest instructions to head directly to his new home, and to be sure to get there in time for Christmas, he took it into his woolly head to go adventuring instead!

Days passed, then weeks… And still no Beastie! I didn’t know what to do – contact NASA and see if they’d noticed anything whizzing past the Hubble space telescope? Ring the BBC and ask for Professor Brian Cox? But then… 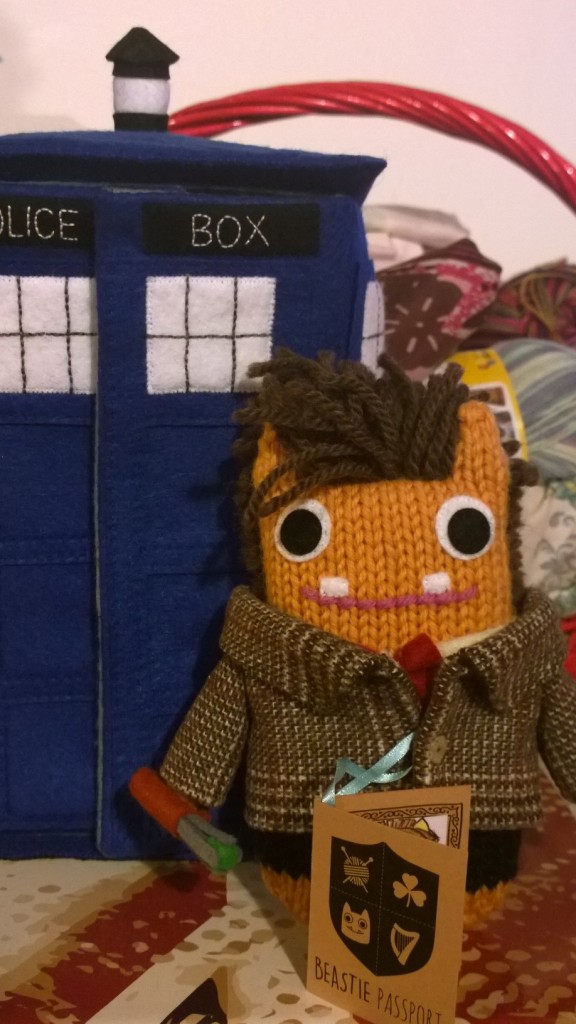 He popped out of whatever black hole he’d vanished into, and arrived on his new doorstep apparently none the worse for wear after his longer-than-anticipated journey!

Even better, although he wasn’t home for Christmas, with uncanny Time Lord timing he did manage to pick the next best date for this grand entrance – his new buddy’s birthday! 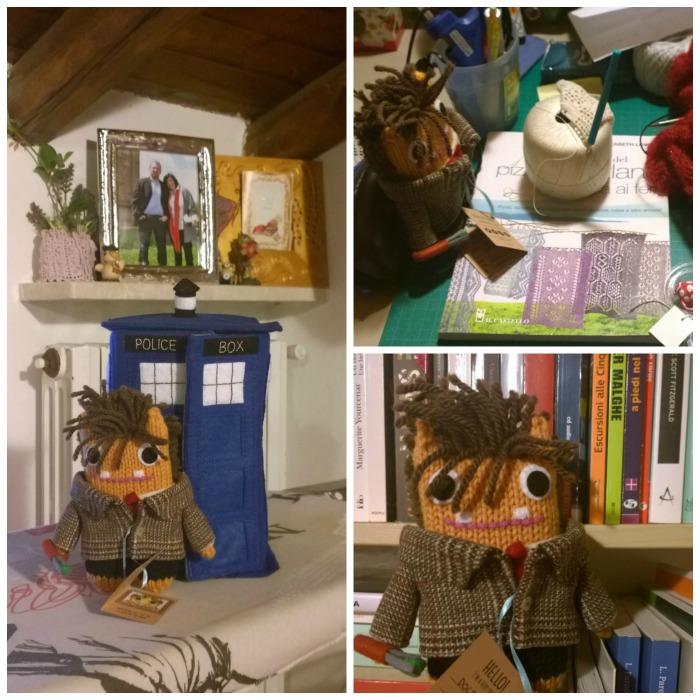 … And don’t forget to stop by Tatie’s World to see more of this Beastie’s antics!

Thanks to Tajana for sharing her Beastie pics with me… And for being so patient while we waited for the Beastie Tardis to find her house!

Next week, we’ll be finding out what Paddy and Plunkett have been up to in their first adventure of 2017… See you then!