Hello everybody! It’s veeeery nearly the weekend… And between the scorching weather and the lovely time I’ve just spent picking out pictures to use in this post, it really does feel a lot like I’m still on holiday! Hopefully a little of that will radiate out from your screen as you read… Now, let’s catch up with Explorer Beastie and see what he got up to on our first day in Düsseldorf!

Aha! He appears to have waded into a Beastie-sized jungle. It’s certainly an adventurous way to kick off the holiday! Maybe we’d better stick to the paths, though?

When we visited Düsseldorf last spring we were only there for a few days, so we pretty much stayed in the city centre. This time, we took advantage of a bright sunny morning and hopped on the underground to Nordpark – a park made up of a series of themed gardens. Perfect for an early summer walk!

Everyone we saw stopped for a photo op with the fountains, so of course Explorer Beastie wanted to as well. 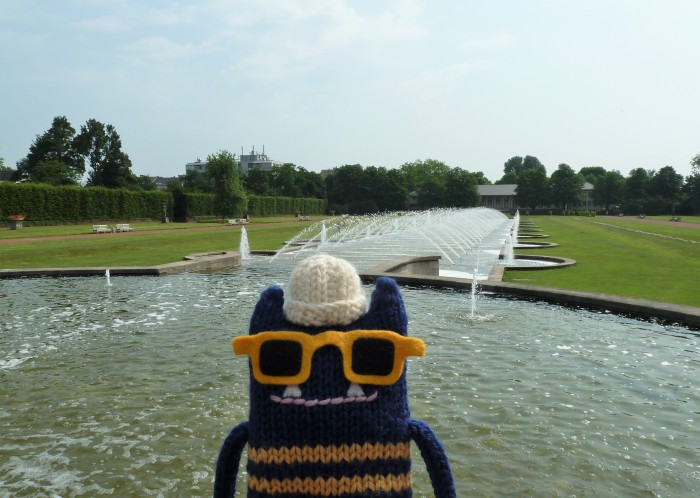 And as we ventured in deeper, we found some formal walks to wander along…

… And some places where Nature seemed to have gained the upper hand!

Explorer Beastie found some interesting beetles wandering around here… Does anyone know what these are?

And then, around the next corner, we found ourselves on the other side of the world! 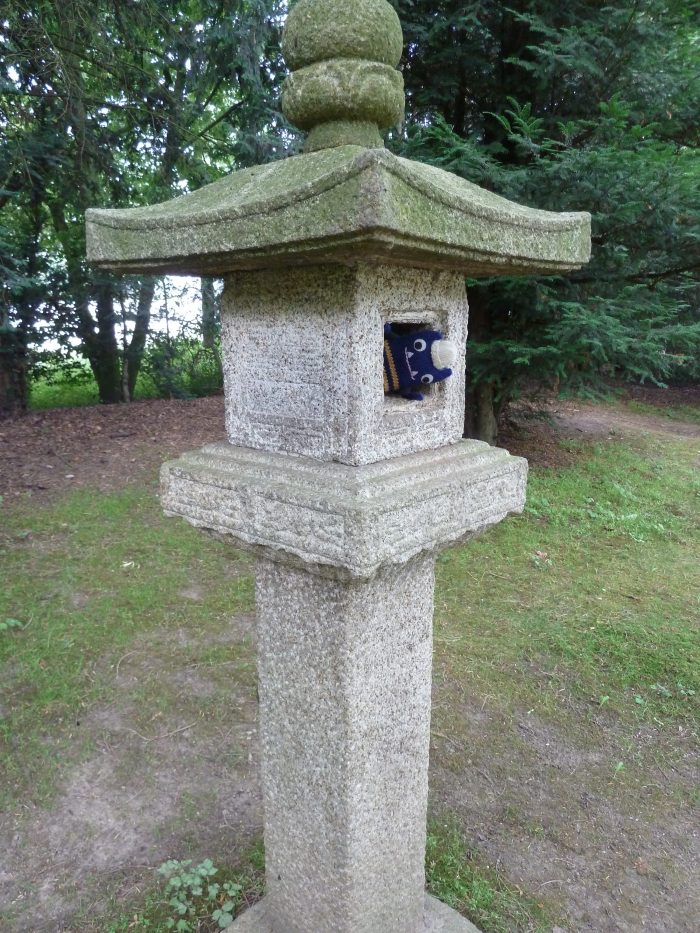 Welcome to the Japanese Garden!

It’s a beautiful place to relax and stroll through – lush and shady, and there are even koi carp in the pond! 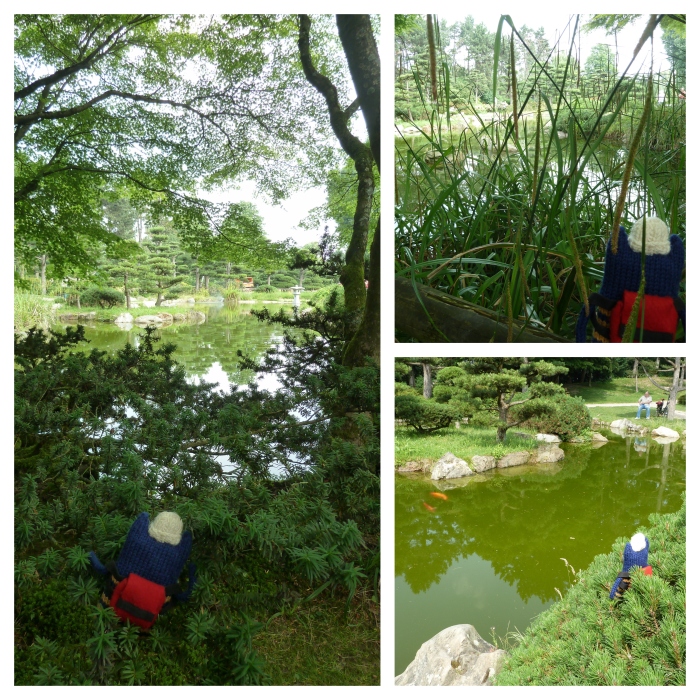 Something you may not know about Düsseldorf is that it has one of Europe’s largest Japanese communities – in fact, the third biggest after London and Paris! In the years after the Second World War, a handful of Japanese firms set up in the city so that they could export metal and machinery from Germany’s industrial heartland back to Japan. Word spread, and by the early 1970s, 200 Japanese companies were registered there, and 2000 Japanese people called Düsseldorf home.

The community continued to grow through the 80s, but numbers dipped a little in the early 90s, when Germany’s capital relocated to Berlin and Japan’s economy took a downturn. However, Japanese people began to drift back to Düsseldorf from the late 90s onwards. Why? Because it already had everything they needed to help them feel at home when working in Europe – a support network for new arrivals, a Buddhist centre, a Japanese school and even a weekly Japanese newspaper!

So, to celebrate this special bond, in 1975 the Japanese garden was gifted to the people of Düsseldorf by the “Japanischer Garten in Düsseldorf” Association, a group of Japanese firms and members of the city’s Japanese community.

I’m not sure that those people could ever have imagined that one day, a little woolly monster from Ireland would be climbing in those perfectly-manicured trees…

… Peering over the bridge…

… Or catching some rays beside the stream! 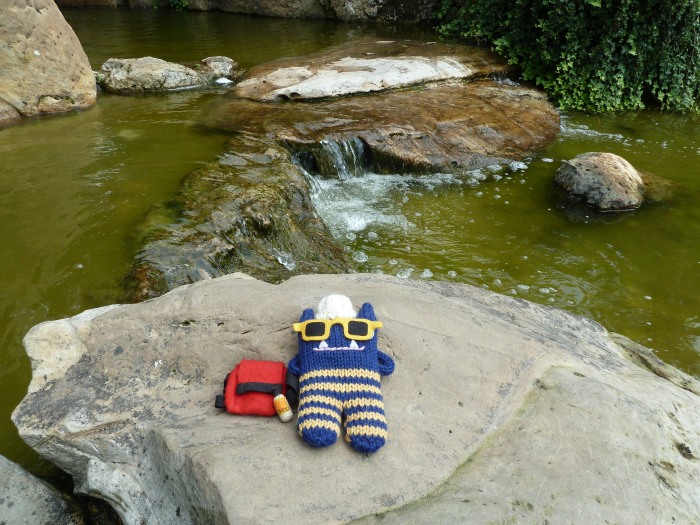 Feeling very zen indeed, we took one last look back at the Japanese Garden… 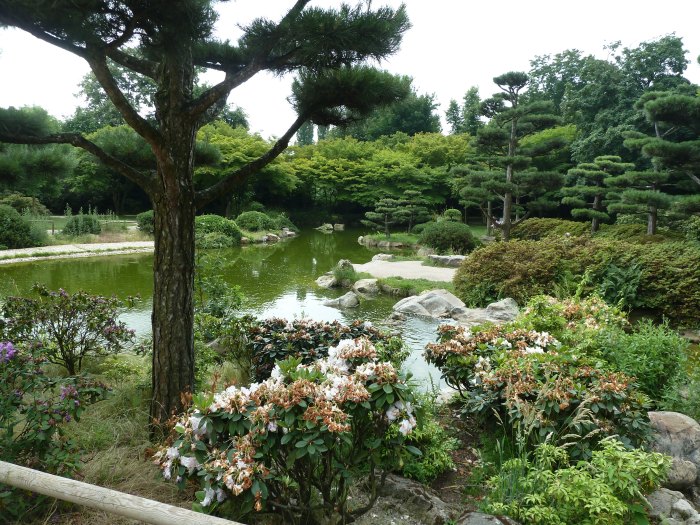 … And continued our wanderings! I really loved this place, too… A sundrenched meadow where the long grass was full of singing crickets!

Having successfully “Beastie-bombed” my tranquil vista, Explorer Beastie tore on ahead to our next destination, at the end of this tree-lined path… 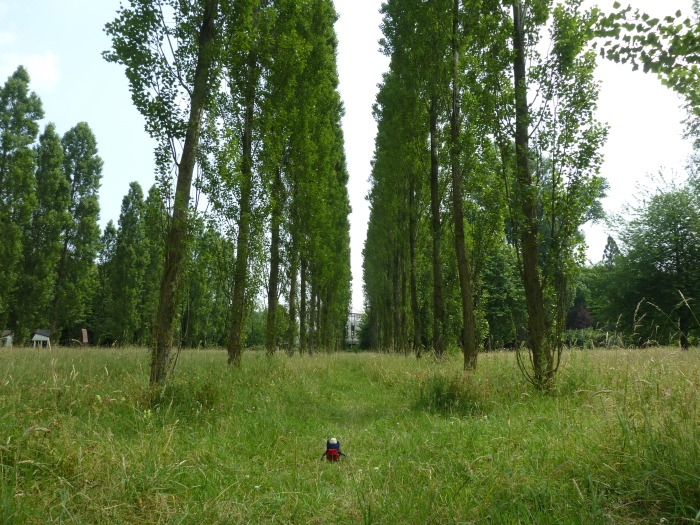 Where are we off to? You’ll have to come back next Friday to find out!

In the meantime, enjoy the weekend – are you enjoying the same heat and sunny climes as we’re getting in Ireland? Let us know in the comments! And be sure to join us again on Tuesday to meet another new Beastie friend!

22 thoughts on “Düsseldorf Days – A Walk in the Park!”