So, last week we learned that Paddy and Plunkett had taken a trip (another one!) to the south-west of England. And since they were in the neighbourhood, I got in touch to ask them a special favour… I’ve wanted to see the Eden Project for YEEEEEAAARS, so would they please go, and take lots of pictures?

“Here we are! Greetings from Eden!”

“Woooooaaaah! Look at this place, Plunkett!” 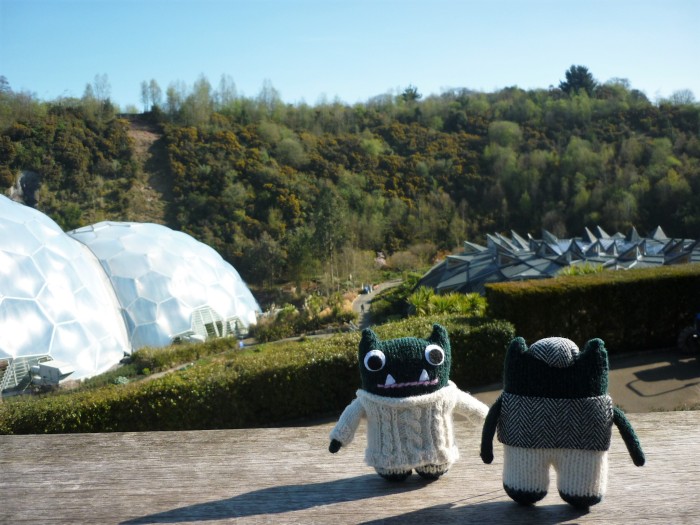 “Yes, it’s incredible! I wonder what that is over there? Looks… Spiky.”
“Must be the Cactus House, I suppose!”

Paddy should probably have looked at the guidebook. It’s actually the “Core” zone, an exhibition and learning centre. It was closed that day while they updated the exhibition… But I suppose that just means that the boys have an excuse to go back another day! Besides, it seems like there was plenty to see elsewhere… First stop, the Mediterranean Biome!

Stunning… Look at all that green! It would be easy to lose a pair of mossy-coloured Beasties in the middle of all that. Fortunately, Paddy is never one for blending into the background. And surprise surprise, he’s “accidentally” stumbled on the vineyard… Where there seems to be a bit of a party going on! 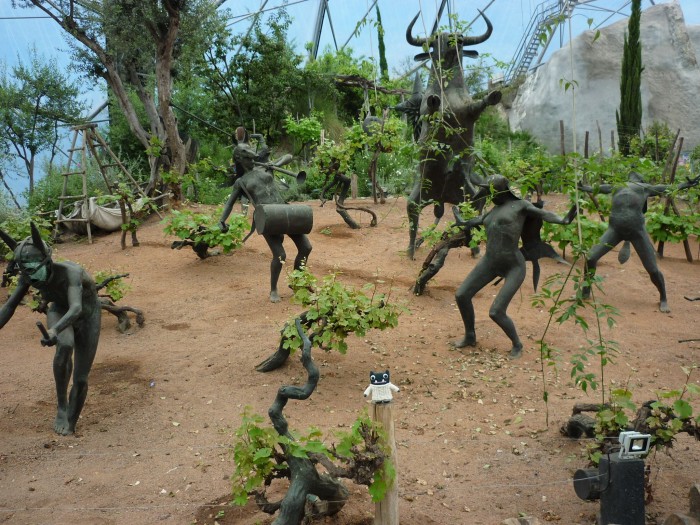 “Hey, Plunkett, come and join the party! Wow, I bet Tammie and Finn would love this – it’s just like one of Tammie’s books!” 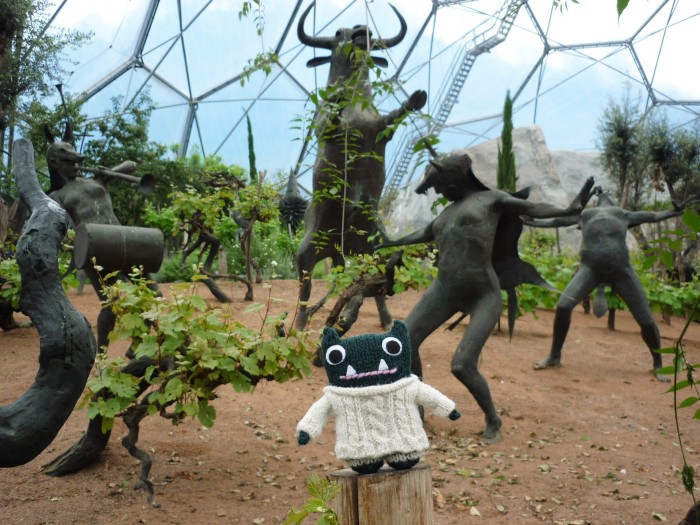 The Mediterranean Biome isn’t just home to European flora, either. There are plants in here that hail from temperate zones all over the world, including North America, South Africa and Western Australia. Paddy was excited to find this visitor from Down Under – a grass tree, potentially stuffed full of nutritious witchetty grubs!

“Plunkett! I’ve fixed lunch for us!”

Wait a sec, where’s Plunkett? Has he literally run a mile from Paddy’s idea of a nice picnic?

Nope – turns out he’s just moved on to the jungly climes of the Rainforest Biome! Billed as the world’s largest captive rainforest, this 50m tall bubble holds exotic plants and trees from South America, West Africa, Southeast Asia and the tropical islands. I think this is much more his scene, don’t you?

The Eden Project is built in a former clay pit, one which was conveniently nearing the end of its clay-producing life when creator Tim Smit was on the lookout for the perfect home for his next big venture. The pit actually dictated the shape of the biomes – they became “bubbles” so that their edges could hug the irregular surface left behind by years of clay extraction! And the claypit walls are still very much part of the Eden experience. A spiral path meanders around them, gradually bringing you up to the very top of the dome!

Of course, Paddy was the first to take a peek over the edge.

“Wow! Those humans look Beastie-sized from up here!” 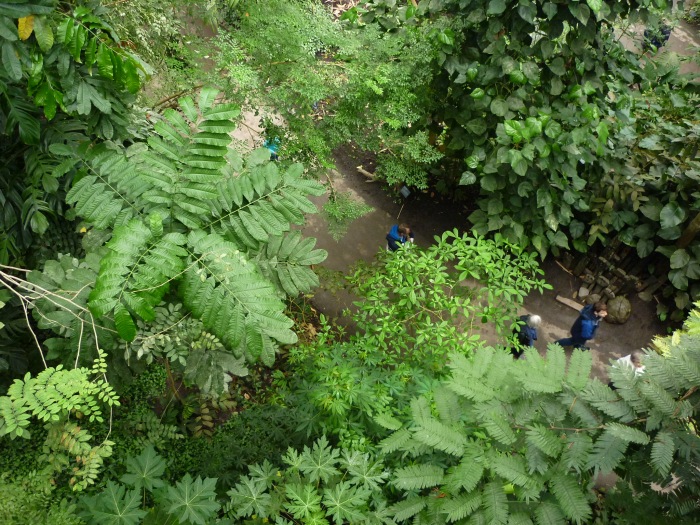 But they’re not at the top yet! They have plenty more bridges to cross… 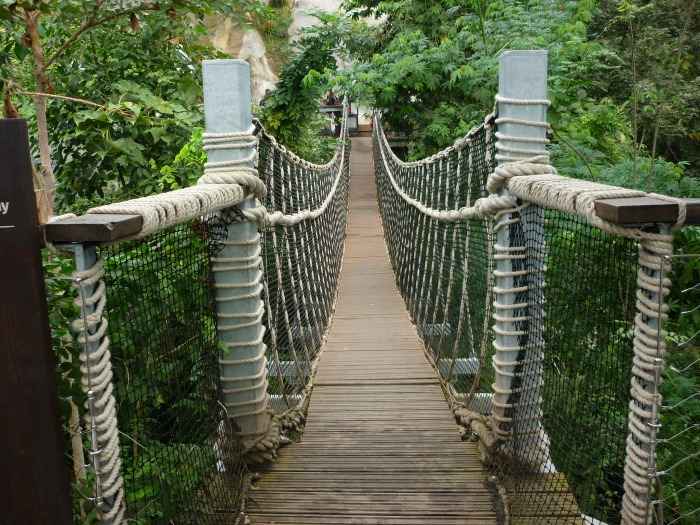 … And so much more to see! But you’ll have to wait until next week to find out what surprises were lurking in the forest!

Meanwhile, we’ll be back on Friday with a more down-to-earth monster adventure. See you then!