Well, it looks like Paddy and Plunkett are still rambling their way around the English southeast! I wonder whose rather elaborate doorstep they’ve landed on today? 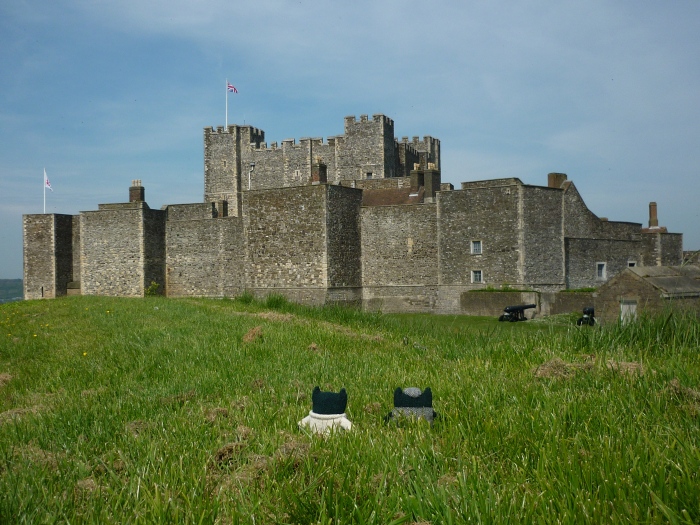 This is Dover Castle, the largest castle in England. Most of this massive sprawling fortress was commissioned by Henry II, who probably hoped it would impress the many European pilgrims who passed through Dover on their way to Canterbury.

In keeping with this royal connection, Dover Castle holds replicas of what the crown jewels would have looked like at that time…

Oooooh! Sparkly… Although probably a couple of sizes too big for our heroes’ heads. 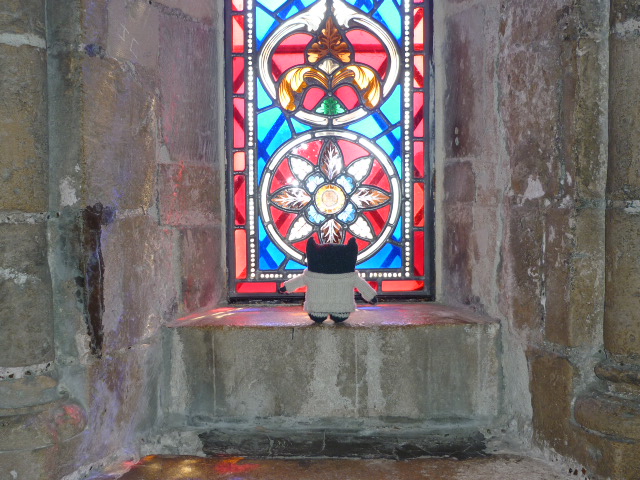 …And a reassuring quantity of cannons. 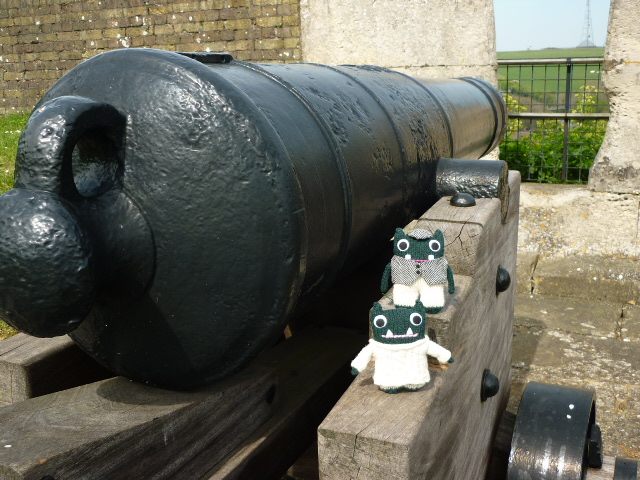 But not all of the castle is above ground! The cliffs under the castle are riddled with a network of underground tunnels, the earliest ones dating back to the Napoleonic Wars. They were originally designed so that a large number of soldiers could get from the castle to the beaches below quickly and easily in case of invasion.

One of the coolest things about the tunnels is how you get into them in the first place! If you look closely, you’ll see that this spiral staircase is actually a double helix, meaning that there are two separate staircases here, instead of just one. Architecture buff Plunkett found this fascinating, and wanted to share this photo with you all.

And Dover Castle’s history doesn’t stop there. The Castle and its tunnels were pressed back into service during the Second World War, initially as an air raid shelter, but later as a military command centre, telephone exchange and hospital. Some of the tunnels are even meant to be used as nuclear bunkers! Evidence of this more recent military involvement is there for any Beastie to see… and to climb over.

Yikes! Look at that thing! It’s lucky Plunkett is driving this time – who knows what would happen if Paddy commandeered the wheel? 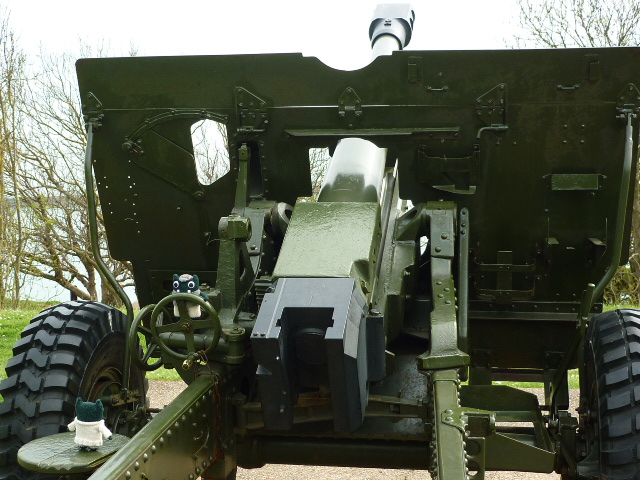 Paddy and Plunkett will be back next Friday – assuming they aren’t held for questioning by the local police – and don’t forget to tune in on Tuesday to meet some more new Beasties!

(Or, if you happen to be in Dublin tomorrow, you can meet them in person! We’ll be at the Ha’Penny Market in The Grand Social, Liffey Street, from 12-6!)

20 thoughts on “Paddy and Plunkett, Over in Dover Again!”