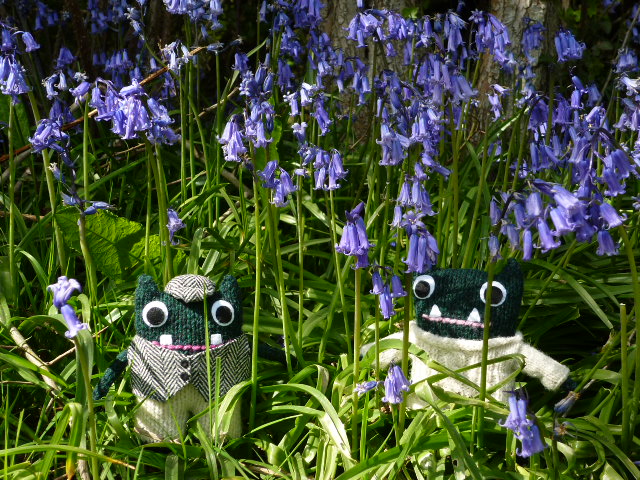 At last! The sun has broken through the clouds and it feels like summer again! Not that it matters to Paddy and Plunkett, whose extended holiday is still ongoing… let’s find out where they are today! 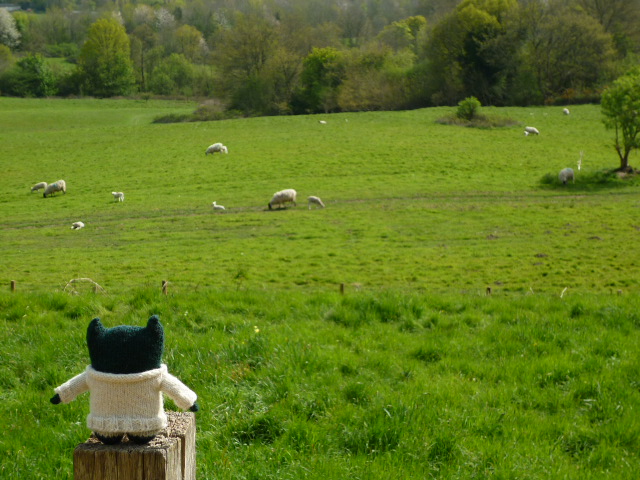 It certainly seems nice and peaceful, anyway. And look, Paddy’s spotted some distant Beastie relatives – well, they are all made of wool, right?

But all is not as it seems!

“Hey Plunkett, what’s that building up there?” 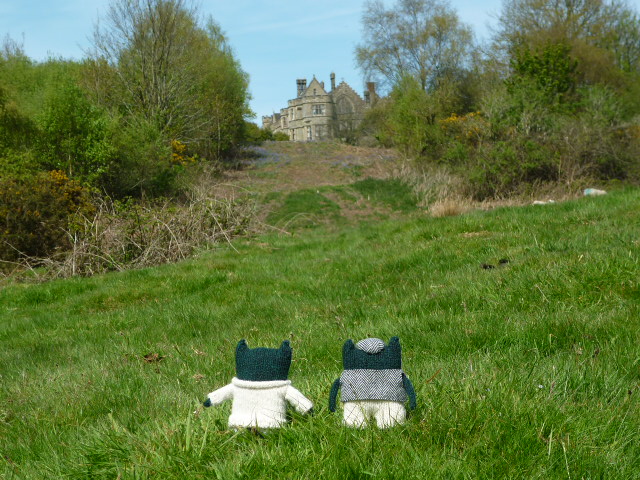 “Glad you asked, Paddy – I’ve been reading up on this! That’s part of the remains of Battle Abbey. Can you believe that we’re standing on what is believed to be the site of the Battle of Hastings? Look, there’s a stone slab here to mark the spot where the English leader King Harold is supposed to have fallen!”

“Yikes! What happened to King Harold?”

“Arrow through the eye, apparently – the famous Bayeux Tapestry captured the whole thing…”

“In fact, Paddy, forget what you’ve been seeing on Game of Thrones lately… The Battle of Hastings was a pretty gruesome episode in English history! Casualties on both sides were so numerous that the leader of the victorious invading Norman army, who later became known as William the Conqueror, was ordered by Pope Alexander II to atone for this immense loss of life. So he built a church here – it was finished in around 1094.  Then in the late 13th century, it was remodelled into Battle Abbey.”

“Wow, that’s some history! How on earth do we follow that?”

“How about some lunch?” 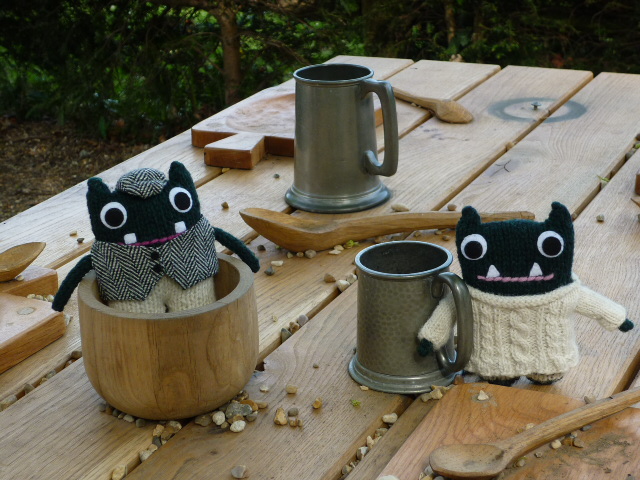 27 thoughts on “A Quiet Stroll in the Countryside… Or is it?”