Yippeeeeee! It’s new Beastie time! And since I’m sure I’m not the only one who is still trying to get used to the transition from the old year to the new (anyone else out there steadfastly continuing to write 2015 dates on things? Because I am), who better to sweep away the clinging cobwebs of last year than…

With his sweet smile, woolly paws and little monster ears poking out through the hood of his robe, he is possibly the least grim Grim Reaper ever! 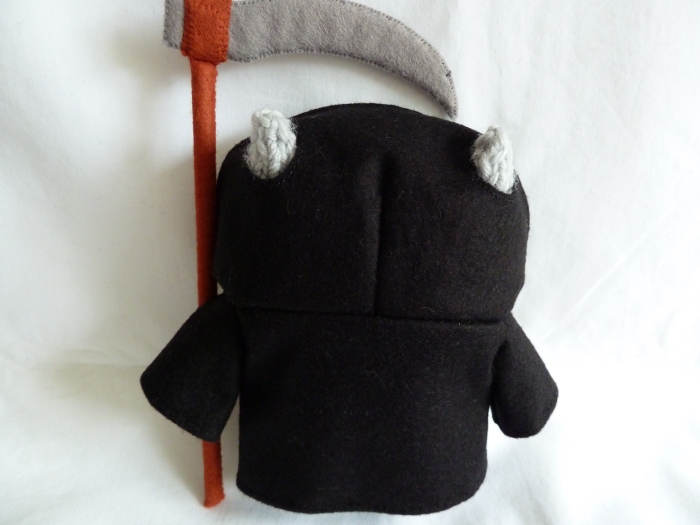 He’ll use his felt scythe to clear away the clutter of the year that was, and make space for the new, better year that will be. Oh, and his felt hourglass will help him keep an eye on the time for us all, too.

He can also embrace a more casual look, if it’s called for…

…But it’s getting colder outside, so he might be better off leaving his hood up, at least for the moment.

Before Grim Reaper Beastie headed off to his new home in Germany, I took him out for a walk in one of my favourite Dublin parks. Iveagh Gardens is right in the city centre, but with its high walls and hidden entrances, you really need to know where to look if you want to find it! The crumbling statues and stonework give it a real “Secret Garden” feel…

…While the evergreen-shaded pathways make for some great spooky photos! 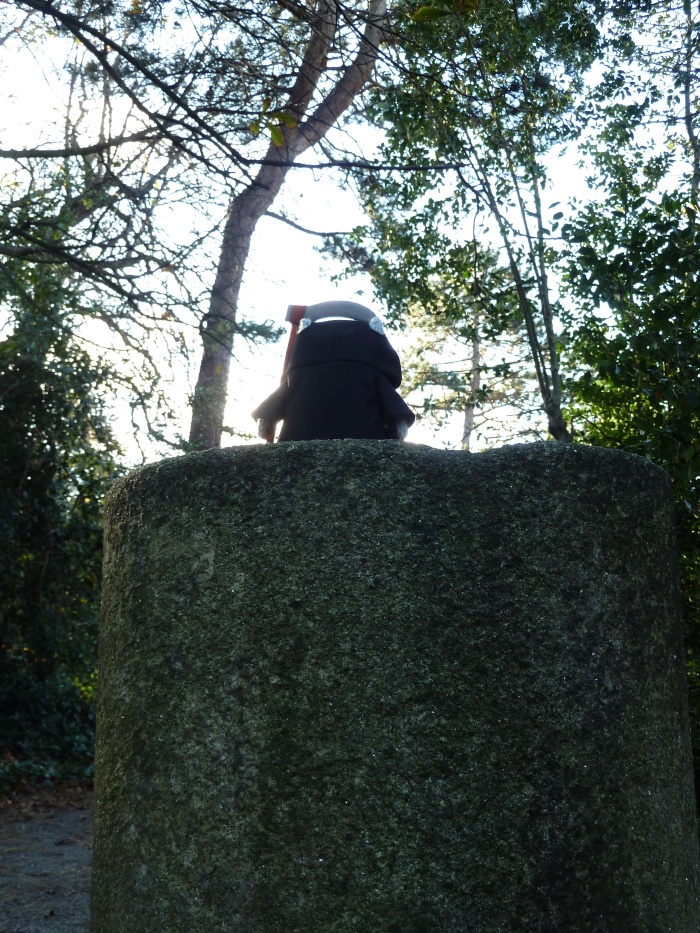 And what’s that down there?

Yes, it’s a miniature hedge maze! The sundial at the centre is supposed to be very accurate – unfortunately a sundial in Ireland isn’t really the best way to keep time!

As the winter daylight faded, it was time to head back to Beastie Towers, and ready Grim Reaper Beastie for his onward journey. Apparently he’s settling in well in his new home!

More new Beasties next week… until then I’m going to sit down and practice writing “2016” on everything. I’m sure I’ll get the message by February…

PS Drop in again on Friday for our first “Explorer Beastie’s Dublin” post! I’m not sure where we’re going yet, but he’s assured me he has a plan!

23 thoughts on “A Cheerful Start To The New Year…”