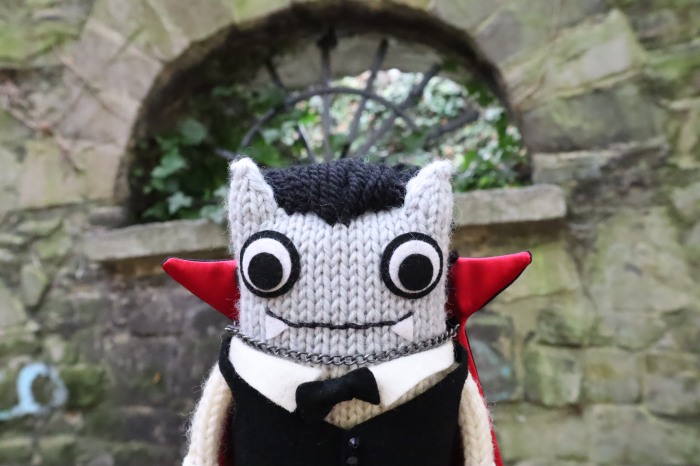 We haven’t seen Explorer Beastie in a while, have we? Well, this might explain why… With Hallowe’en looming, he has been watching A LOT of horror films. He especially likes any that feature vampires, and his absolute favourite is… 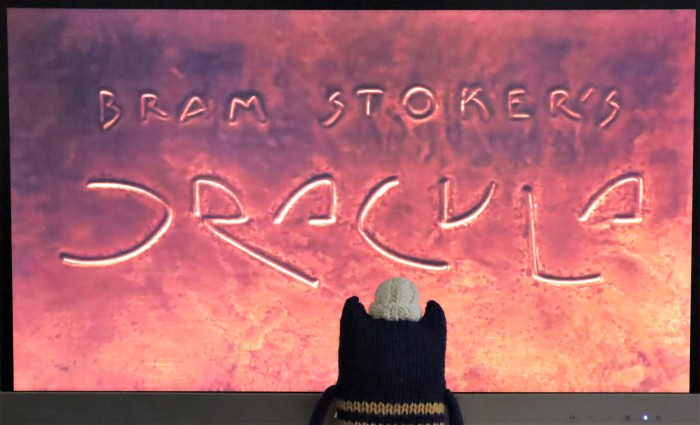 So when I suggested we take a trip to Dublin’s spookiest park, he was more than willing to tag along.

St Kevin’s Park is right in the city centre… But since it’s smaller than other nearby parks like St Stephen’s Green and Iveagh Gardens, it tends to attract fewer visitors, most of them locals. Why is it spooky? Because it was originally a church and graveyard!

The ivy-covered shell of the church stands in the centre of the park, while the gravestones of the old churchyard are propped against the boundary walls. The park officially opened in 1971, and in preparation for this change of use, all the graves were catalogued and the headstones (but not the graves!) relocated. So it’s hardly surprising that stories abound of the place being haunted!

Perfect for a pre-Hallowe’en wander, I’m sure you’ll agree.

“And we’ll definitely see a vampire!”

Right, Explorer Beastie. We definitely will.

“… Disappointing lack of vampires though.”

… Walked on the lawns…

… Or enjoyed the abundant Autumn colours.

“Hmmm, I wonder how the renovations are coming along?”

Just then, I heard another small, possibly Beastie-like voice.

“He’s a bit skittish, isn’t he? I only wanted to ask if he had a spare sandwich. I’m STARVING!”

Sorry, Dracula Beastie, he’s just seen too many movies. Finally, with much coaxing, we were able to convince Explorer Beastie to come back. And as it happens…

… He did have a spare sandwich. 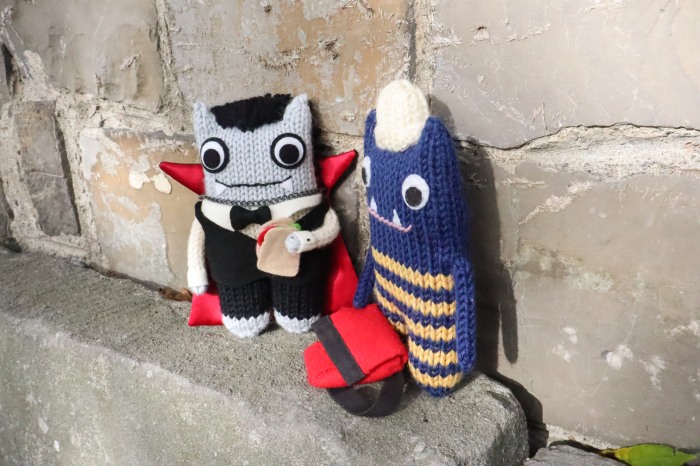 Then there was just time to take a quick photo for the Beastie family album before we headed for home.

All in all, a spooktacular day out! 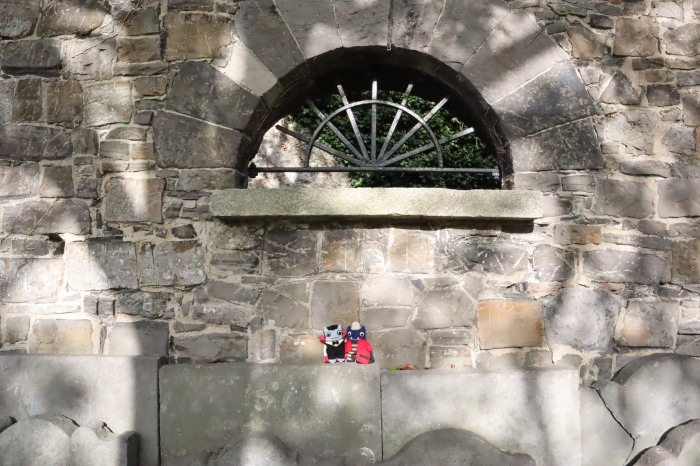 So, what are you up to for Hallowe’en? Be sure to scare us silly with your plans by telling us about them in the comments!