Hello there Beastie friends! Apologies if I’m a little later than usual – today I ventured out of the Beastie Towers isolation bubble to get groceries and that takes a whole lot longer than it used to! So I thought, how about we quit quarantine for a while, and go travelling?

Anyone who saw this post a couple of months back will already know that Explorer Beastie and I were lucky enough to spend some time in Belgium before flights started being cancelled and borders were closed. Our trip started out in Brussels… And look who met us there! 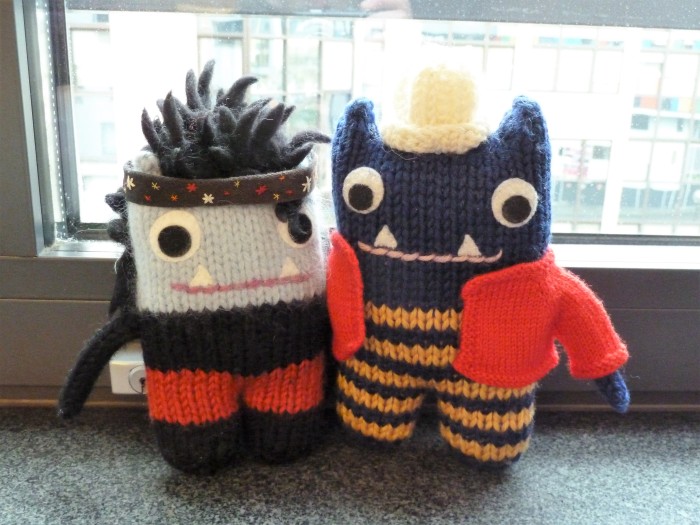 We’ll start our grand monster tour in the Grand Place (or Grote Markt, “Grand Market”, in Dutch), the central square of Brussels. Look at these buildings! 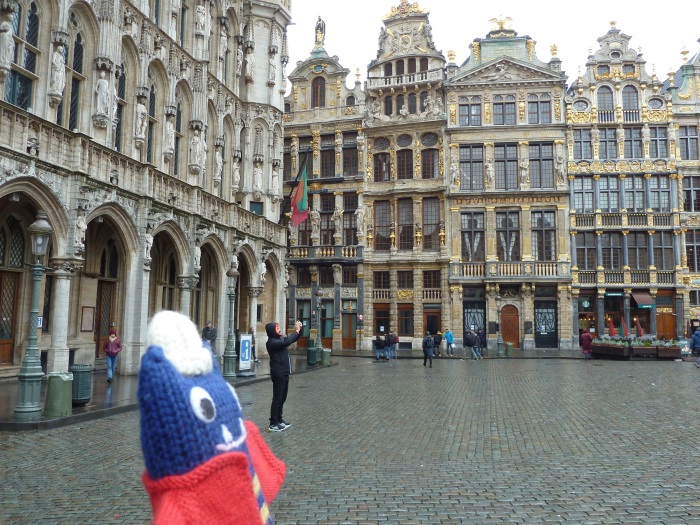 The square has been the heart of the city since the 15th century… Although much of what you’ll see here today is the result of a comprehensive reconstruction that took place in the late 1600s, after a pretty comprehensive destruction at the hands of the French army in 1695. In the past, many of the buildings were either private houses or owned by tradesmens’ guilds. We were able to spot the House of the Corporation of Tailors – it’s the building to the right of the fancy gold one in the photo below. 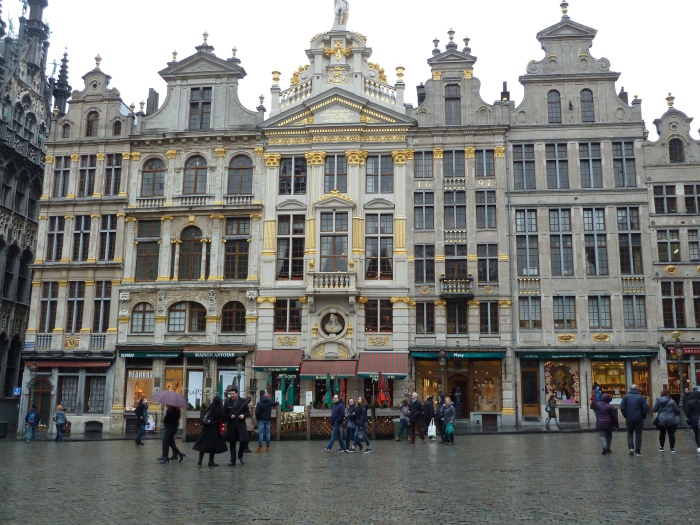 You can also see the King’s House (NB no king has ever actually lived here!)… 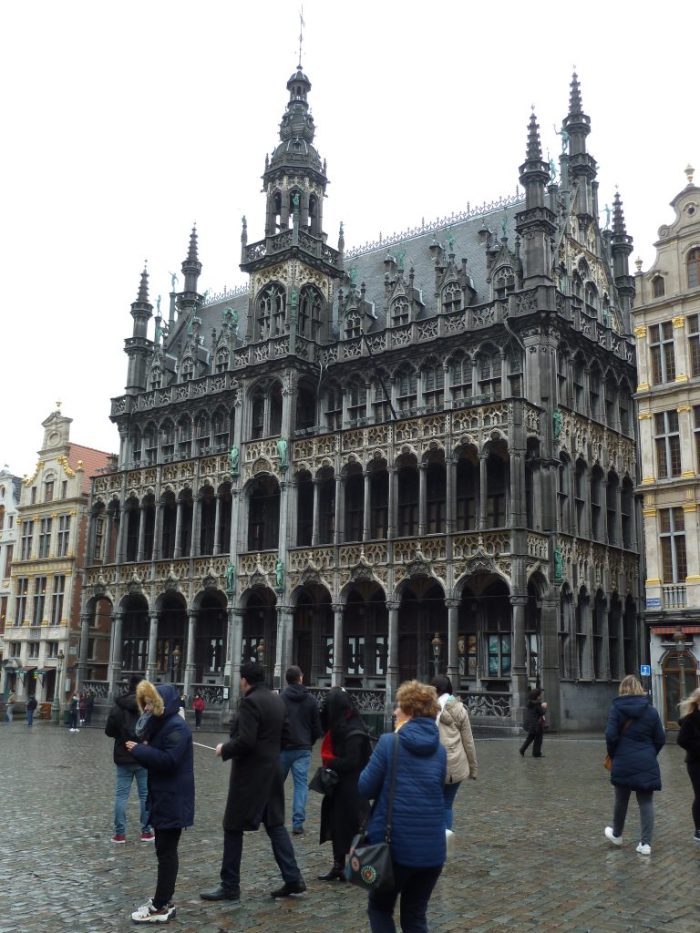 …And, on the other side of the square, the Town Hall. 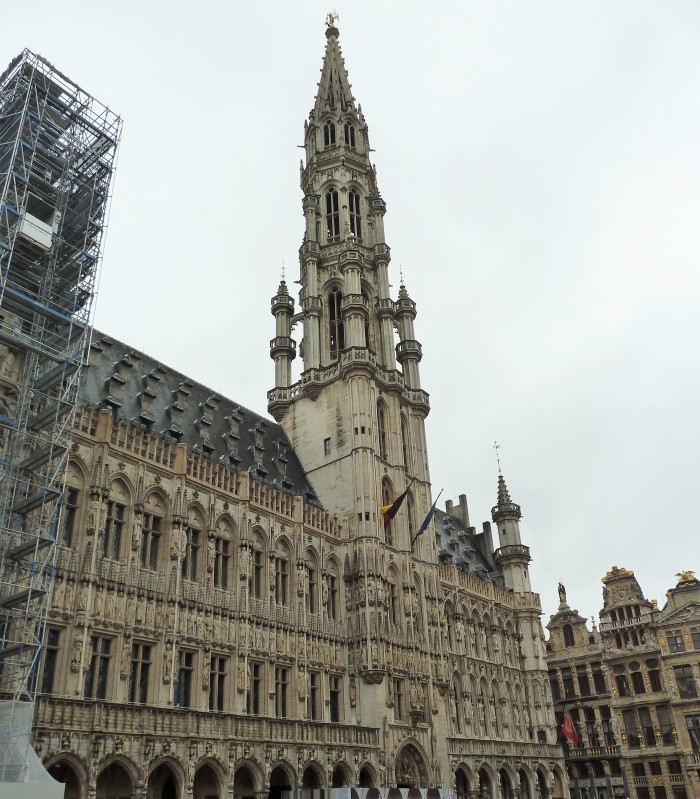 This served as a makeshift hospital during the First World War, and it was our first indicator that Brussels loves its monsters. Check out the statuary and gargoyles! 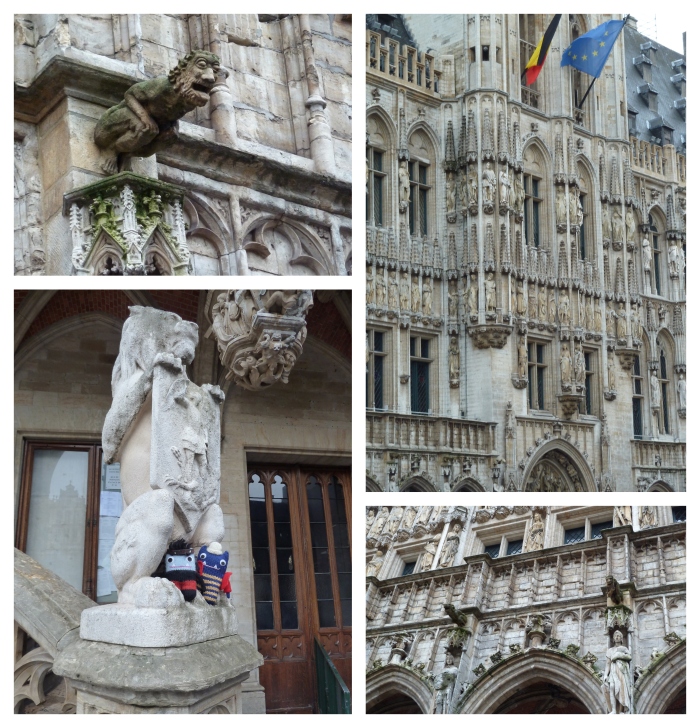 Wait, did we lose Explorer Beastie? No, there he is – having a staring contest with one of the locals. 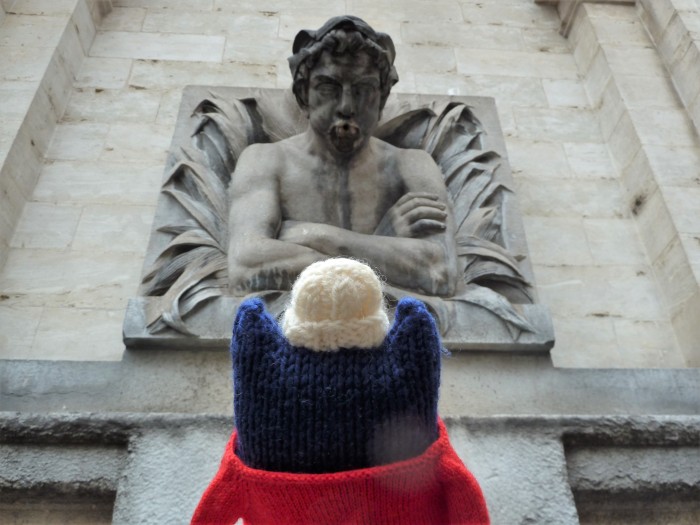 Come on! We have to go and check out one of the city’s less tasteful landmarks. 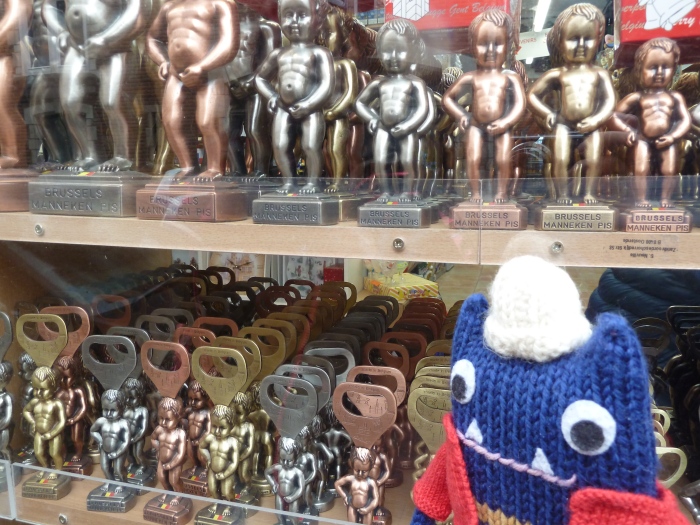 We had a pretty hard time trying to decipher the appeal of the Mannekin Pis, but here we are… 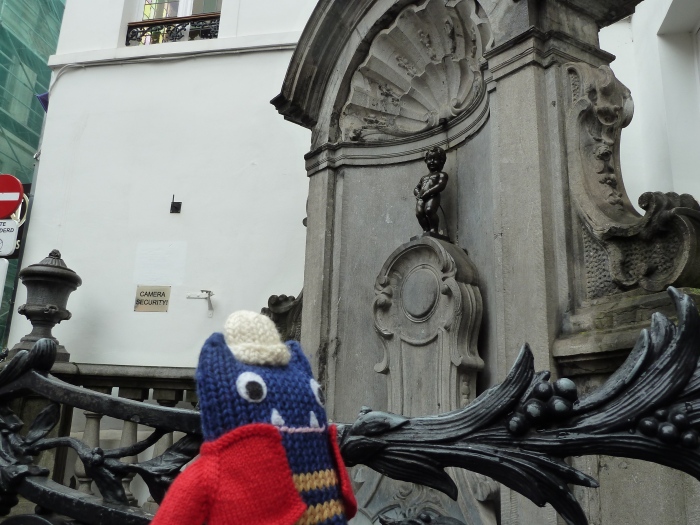 But look – cool stuff on the other side of the street! 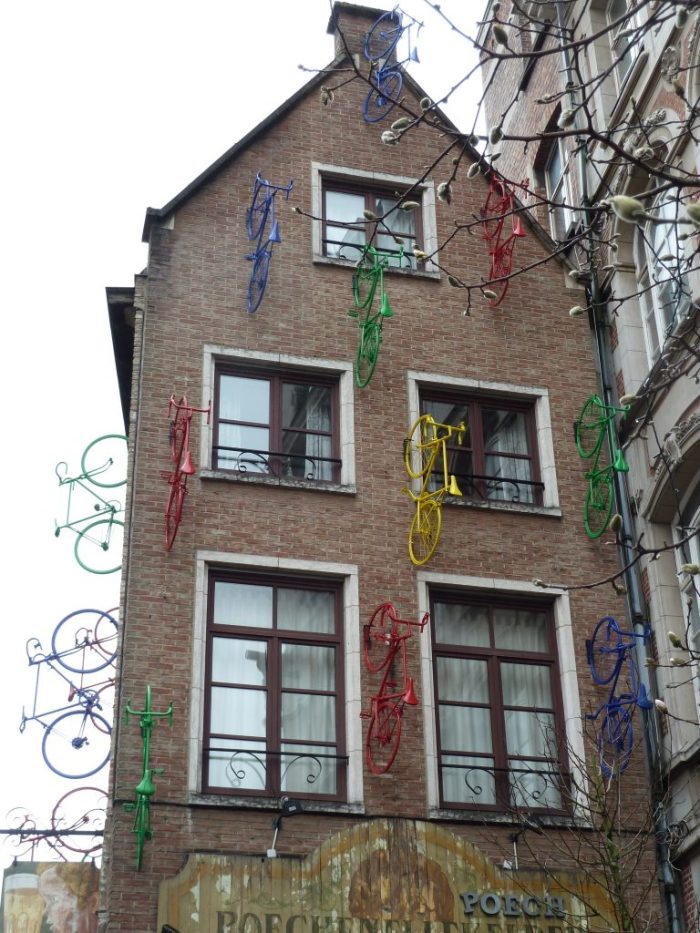 A building with multicoloured bikes going up the front? Yes please! And some early signs of the approaching spring, too. 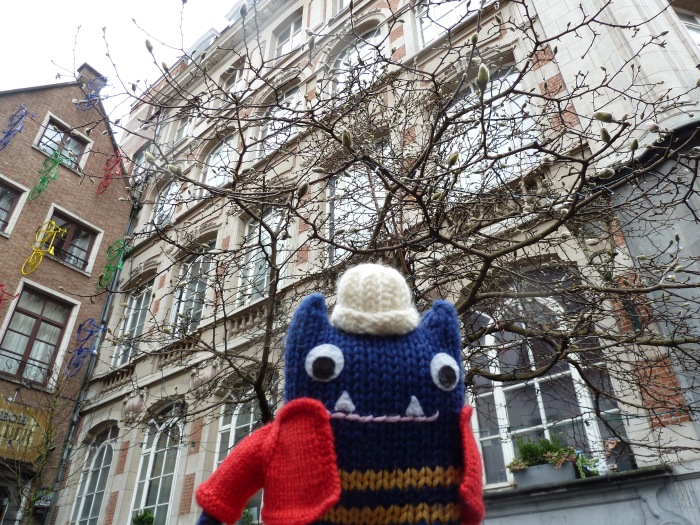 You might not have to wear your woolly jacket much longer, Explorer Beastie!

Turns out there’s a lot of other interesting stuff on the walls of Brussels. 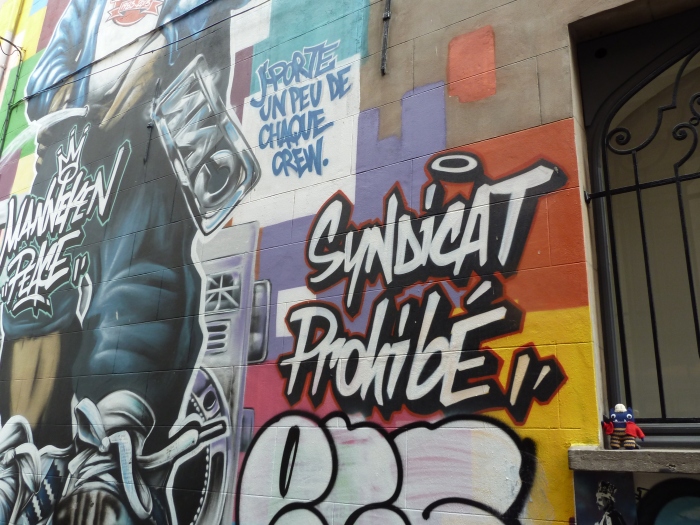 And some of the walls are interesting in their own right. This is one of only a handful of surviving parts of the original city walls, still standing after 800-odd years! 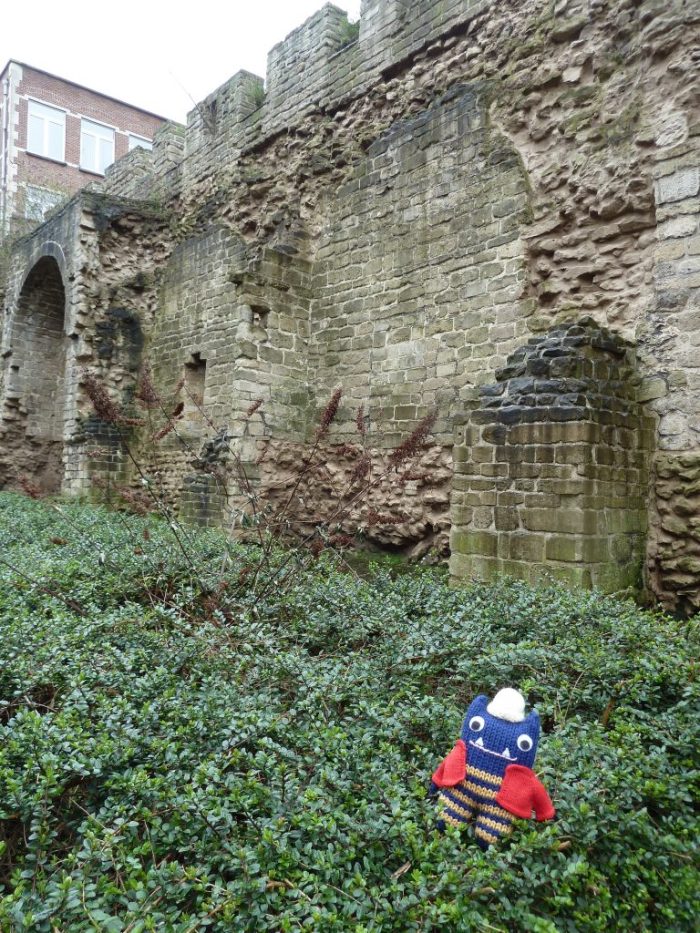 Well, we did say this was a monster-friendly city! The boys just had to pose with this guy. 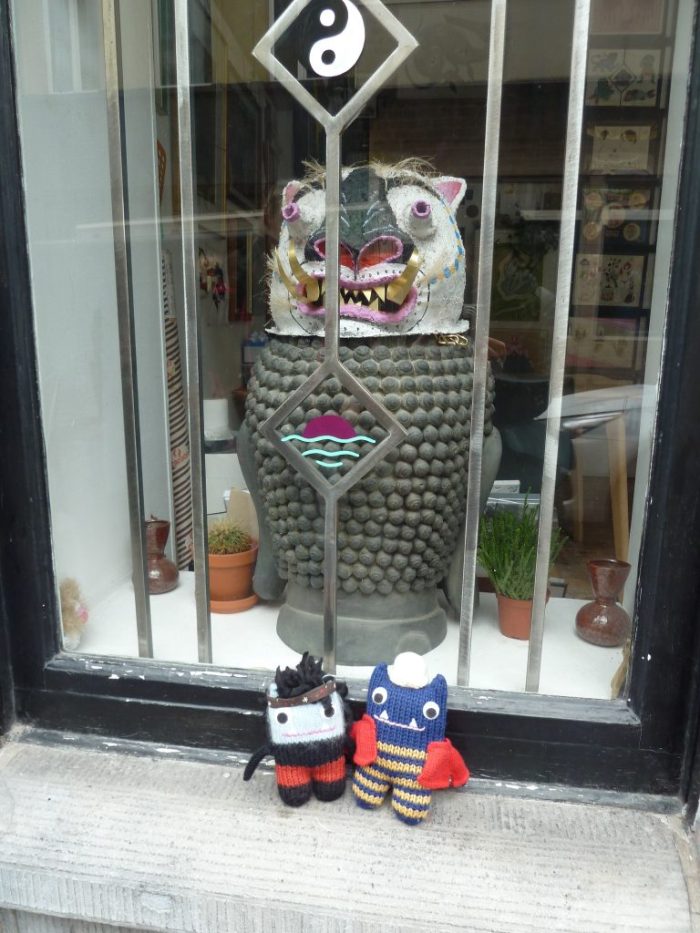 Yes, they really are everywhere! Check out this winged lion on the side of the Palais de Justice. 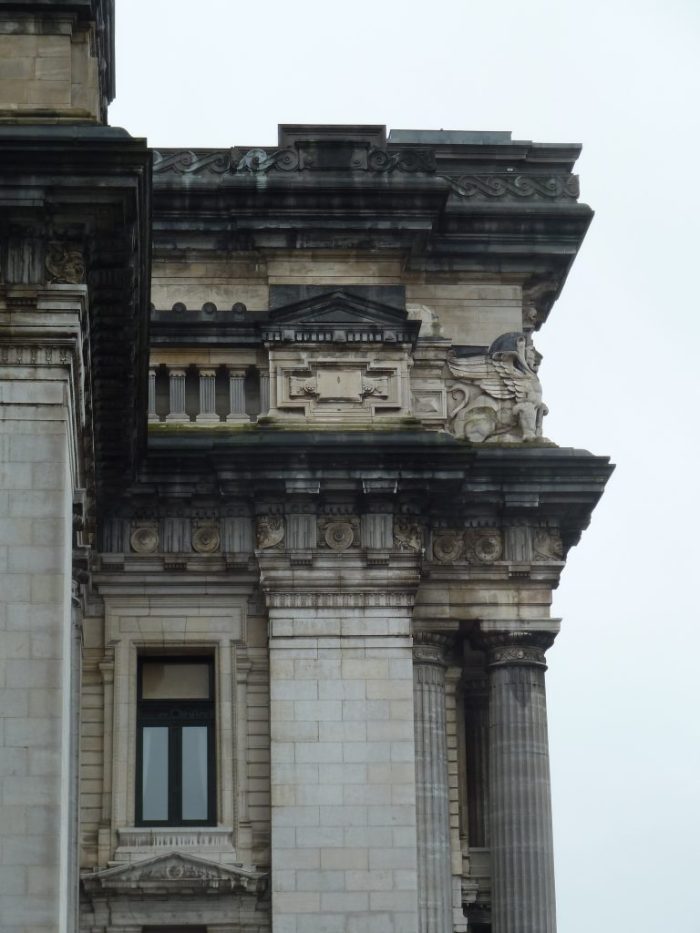 I was really curious about this building, because it’s so massive and over the top! And also because, when we were there, we couldn’t see it clearly through all the scaffolding around it. 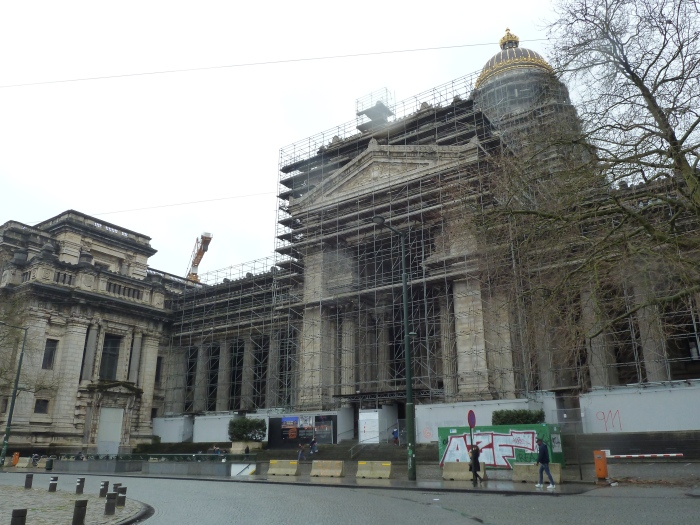 As I later found out, the scaffolding is actually a bit of a running joke among the locals. Repairs to the building have been going on for the last three decades, and even the most optimistic estimates put the completion date as sometime in 2028! Maybe we’ll get to see it on our next trip, eh?

You can perhaps tell from the raindrop-spattered picture above that the weather was starting to turn against us a little. You’d be right.

And although we did find some more monsters to admire… 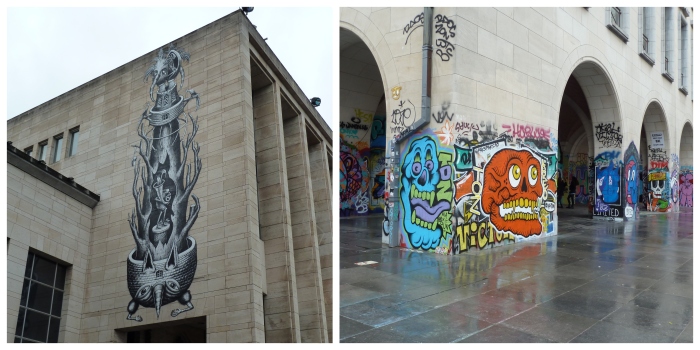 … The shelter we’d hoped to find in the galleries of the Mont des Arts and the Musical Instruments Museum was denied to us! It was a Monday, and both were closed. 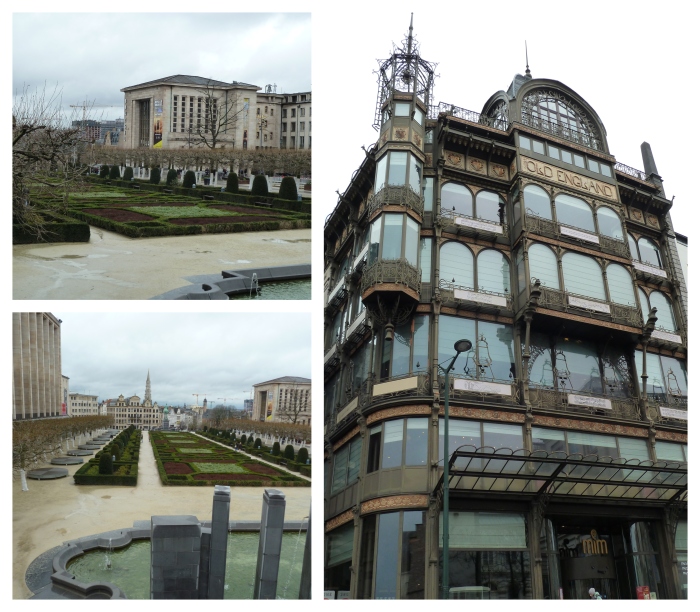 I’d definitely check out the Museum of Musical Instruments on a future visit though – the building is so cool! I’d like to use it as a blueprint for the next Beastie Towers refurb.

Still, all was not lost. There’s always the pub! 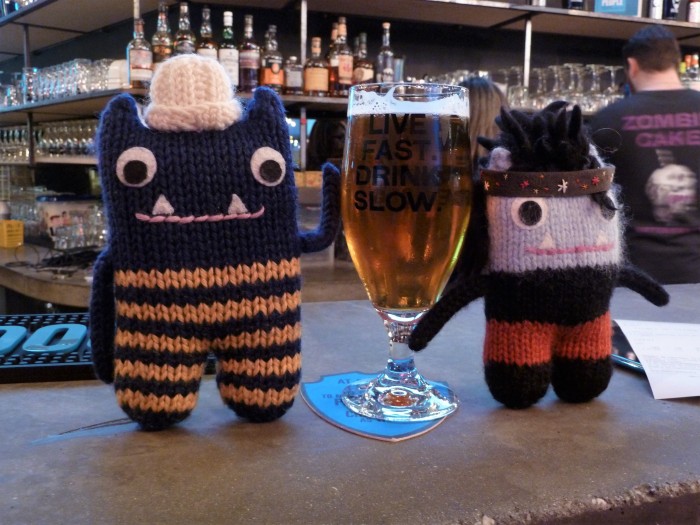 I hope you’re planning to share that with me, Beasties!

13 thoughts on “Brussels – A Monster-Friendly City”