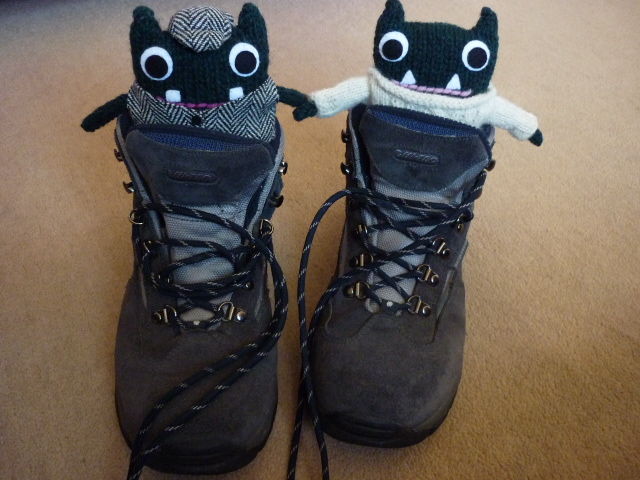 …When you let a pair of adventurous Beasties out into the world, and then forget to check up on them regularly. With so much else going on last week, Paddy and Plunkett’s ongoing Scottish adventures kiiiinda slipped through the net… Sorry lads!

To try and get my attention, they decided to abandon the Scottish mainland and visit the Orkney Islands – an archipelago of around 70 islands that lie 10 or so miles north of the northernmost point of Great Britain. Having put their hiking boots on (with debatable success), it was time to head out and explore!

Their adventure started in Kirkwall, the capital of the Orkneys! It’s a town and port on the largest of the islands, and about 9000 people live there. It’s also got history – the first mention of it was in the Orkneyinga saga, a part-fiction, part historical account of the lives and times of the earls of Orkney, written by an unknown Icelandic author in around 1230. According to the saga, Kirkwall (or “Kirkjuvagr”, as it was then) existed as far back as 1046… That means that in a few years’ time, the people of Kirkwall can legitimately celebrate the 1000th birthday of their home town!

However, Paddy was apparently more interested in checking out this creepy grinning skull on one of the tombstones in St Magnus Cathedral! 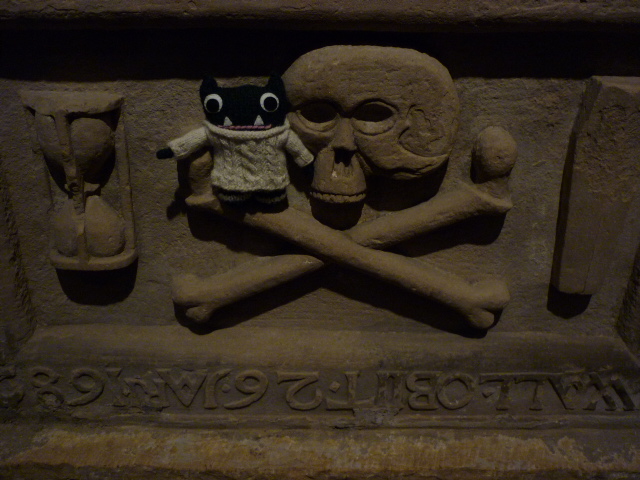 Mind you, it looks like Plunkett was too afraid to even venture inside! Oh no, wait… he’s just getting himself some lunch. 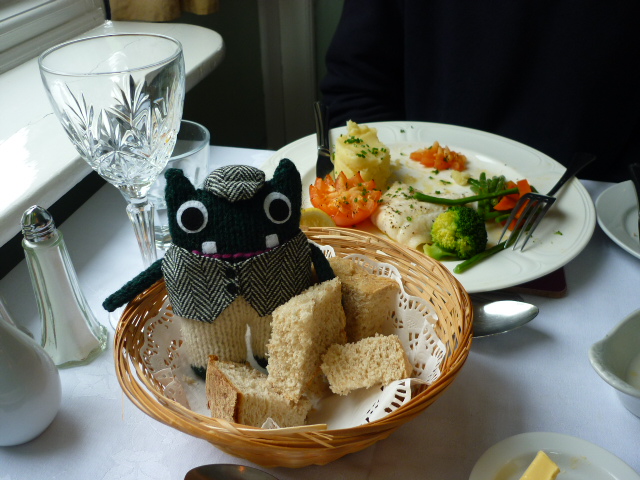 Probably a good idea, since their next move was to cut across the middle of Mainland Orkney to Stromness… 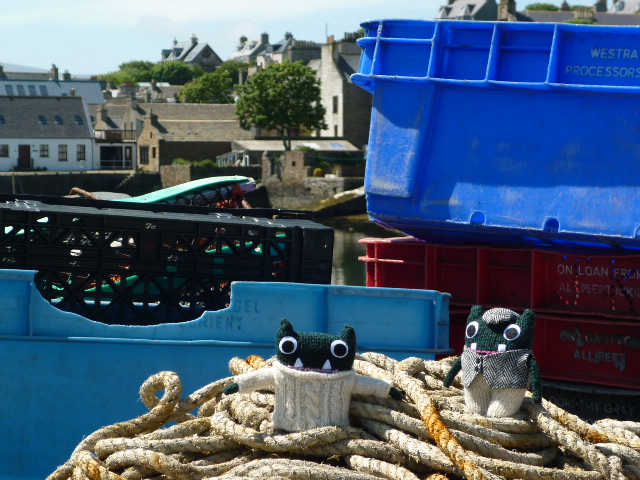 …And from there, make their way over to the west coast to see Skara Brae! 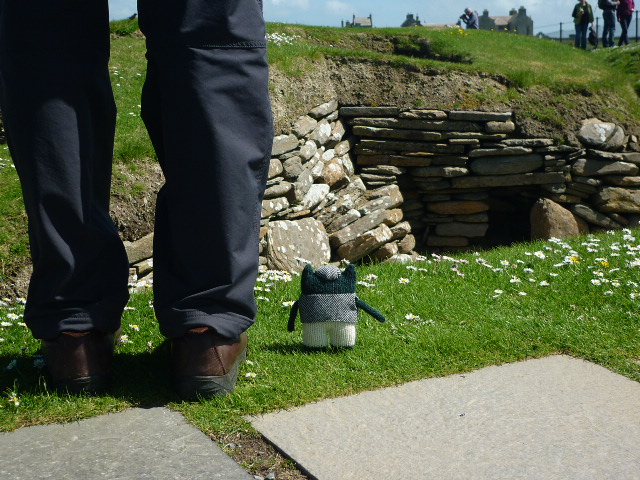 Skara Brae is a Neolithic village, sometimes called “the Scottish Pompeii” because it’s so incredibly well preserved. However, it’s much, much older than Pompeii – it’s estimated that the eight houses here were occupied between 3180-2500 BCE (thanks for the numbers, Wikipedia!), meaning that Skara Brae predates both the Pyramids and Stonehenge!

The story of how Skara Brae came to be rediscovered is also pretty interesting… It seems that no-one was aware that there had been a settlement here until the winter of 1850, when a severe storm lifted the topsoil covering a lumpy hill known as Skerrabra. Once the storm clouds had dispersed, locals were intrigued to find the outlines of a number of small houses, complete apart from their roofs! The site fell victim to a number of well-intentioned (mostly) amateur archaeological excavations in the years that followed, until another storm in 1924 swept away one of the unearthed houses. It became clear that this important find could be completely lost if it wasn’t properly cared for, so a professor from the University of Edinburgh, who revelled in the glorious name Vere Gordon Childe, was put in charge of all further efforts to make the site secure and investigate its history. His work started in 1927, and today Skara Brae enjoys UNESCO World Heritage Site status. Plunkett was certainly interested to see these ancient underground houses! 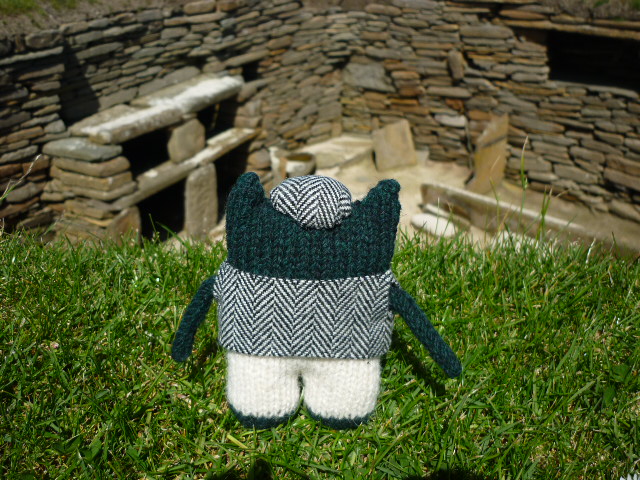 Meanwhile, Paddy was getting up close and personal with the Neolithic furniture – it was full of Beastie hiding places! 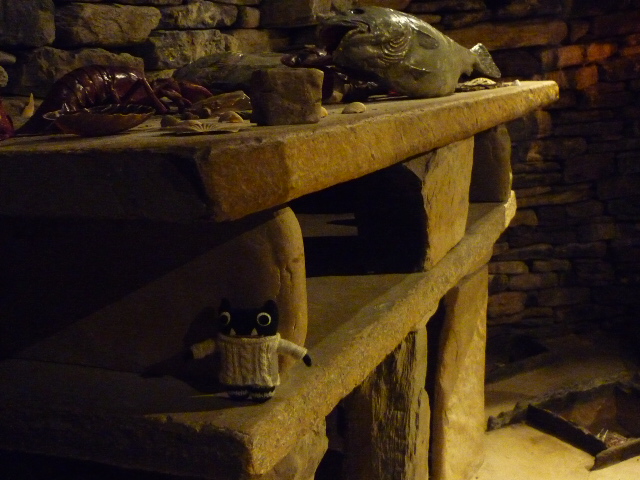 I wonder if there were Beasties back then?

More Paddy and Plunkett adventures next week – I’ll definitely be keeping a closer eye on them in future!

28 thoughts on “This Is What Happens…”